Semi-solid concentrate can be transformed to solid state crystals using Big-bags. Crystals can be then either reused in the production process or has to be disposed. The leachate from Big-bag is fed back to inlet of crystallization vacuum evaporator. Therefore there is no liquid waste that would need to be otherwise disposed.

The pressure in the boiling chamber is 6-7 kPa. The boiling point of water is at 35-40 °C. Energy consumption per one liter of distillate starts at 0,2 kWh. 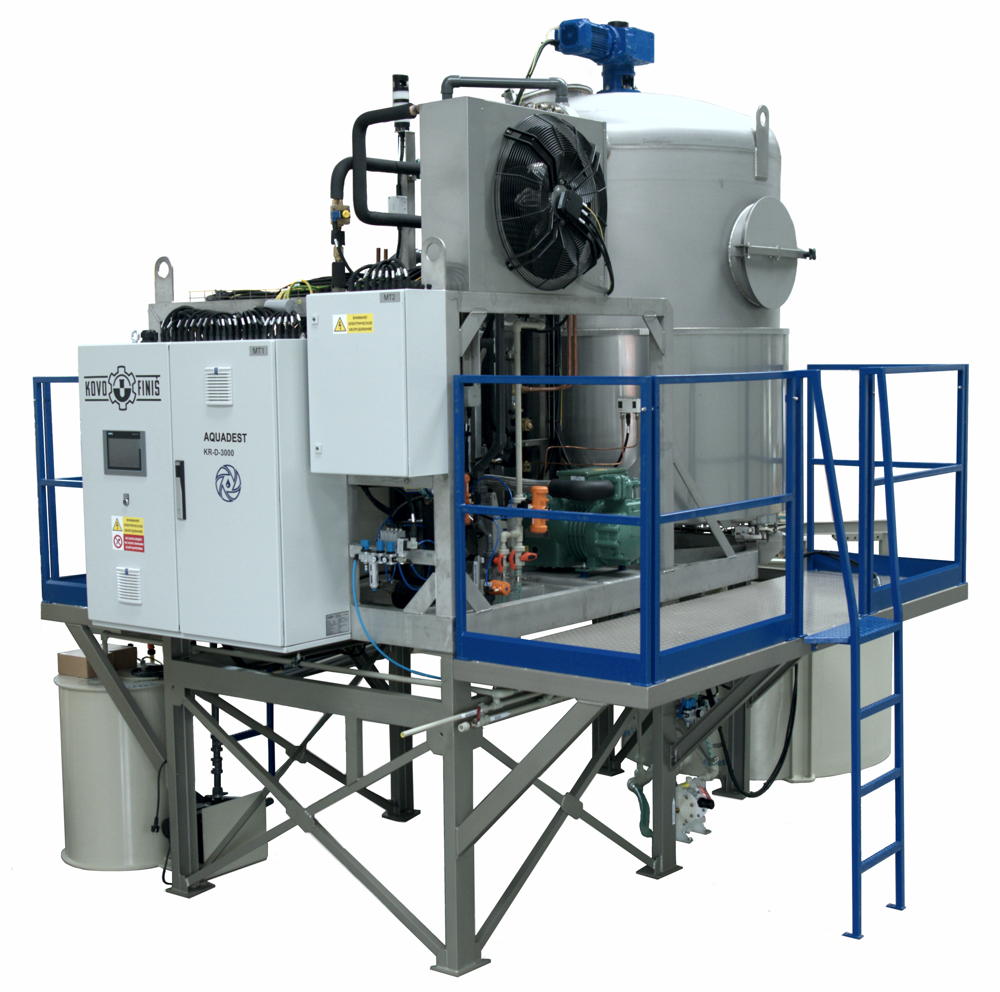 Material is always designed with respect to inlet solution. 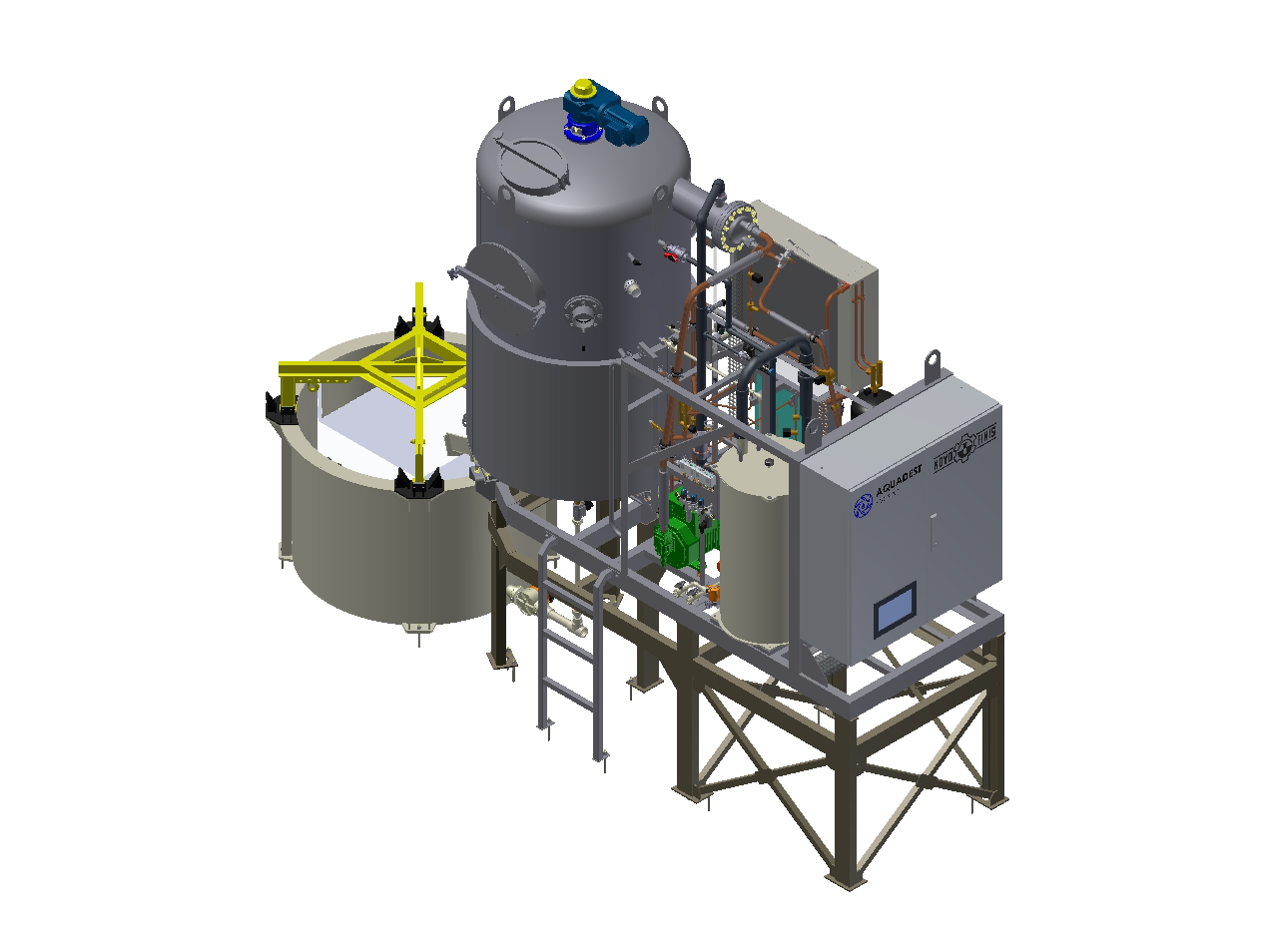 Due to heating and low pressure in the boiling chamber the solution boils. Evaporated part of solution rises to the top part of boiling chamber, where it condeses on cooling heat exchanger of the heat pump.The condesed part is called distillate. Distilate is sucked out of heat exchanger with the ejector jet into retention tank, later out of the evaporator.

Unevaporated part of the solution stays in the boiling and forms crystals on the surface of boiling chamber. To ensure maximal effectivity of heat transfer, evaporater is equiped with the scraper which continously wipes the surface clean. 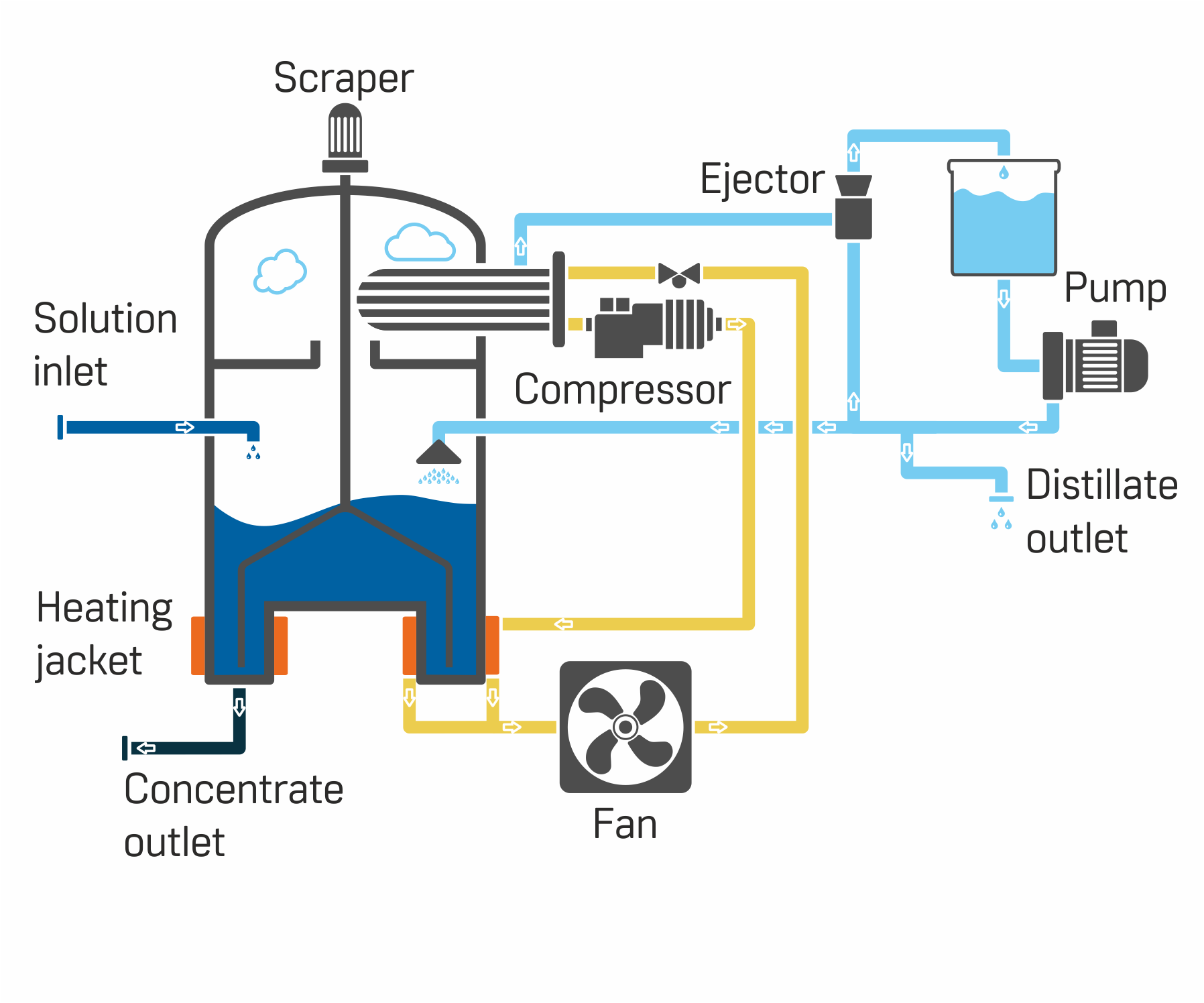