Vacuum evaporators AQUADEST-D utilize Roots blowers as a heating element and source of vacuum. It ensures very high efficiency and low energy consumption per one liter of produced distillate

Through series of energy saving heat exchangers and other solutions we ensure maximal recuperation of produced heat which leads to cutting operational costs.

The pressure in the boiling chamber is 70 kPa. The boiling point of water is at 90 °C. Energy consumption per one liter of distillate starts at 0,05 kWh. 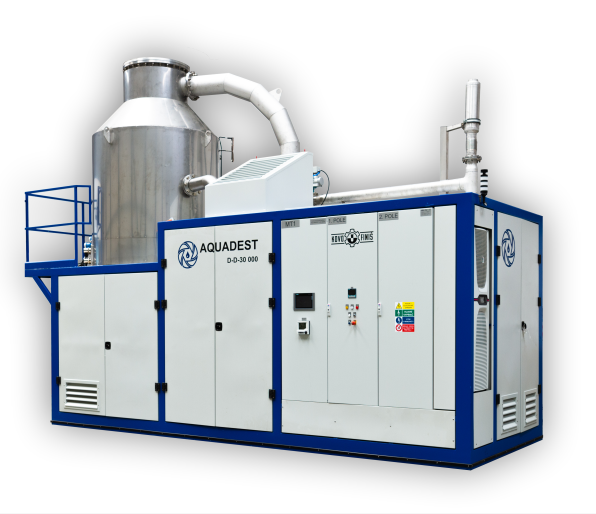 Material is always designed with the respect to inlet solution. 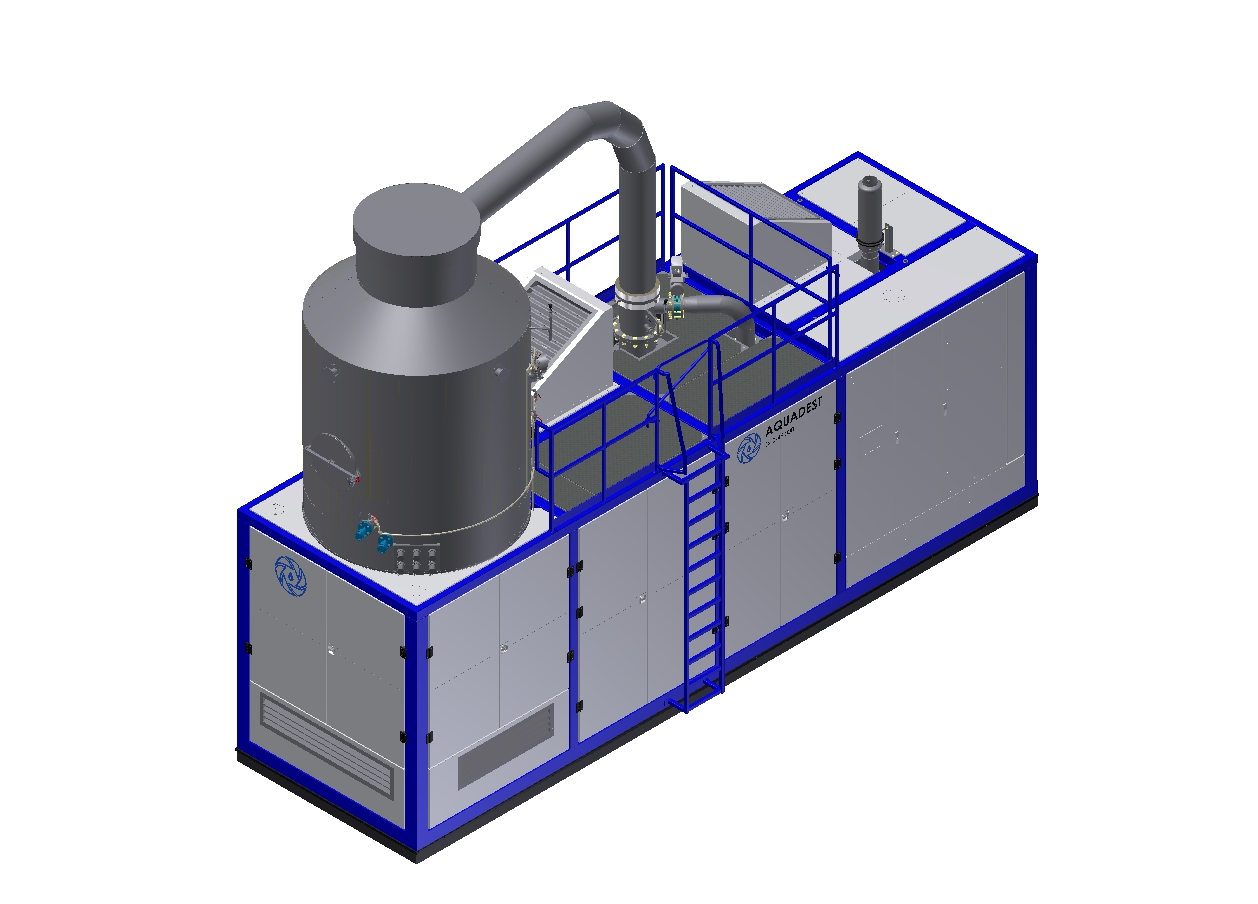 Evaporated part of solution rises to the top of boiling chamber. From there the vapour is sucked out by a mechanical blower. The blower produces vacuum in the boiling chamber. It also compresses the vapours and heats them even more. Overheated vapour condeses in heat exchanger of circulation ciruit and releases heat to the circulated solution. Condensed vapour is called distillate. The distillate is held in the retention tank and then released out of the evaporator.